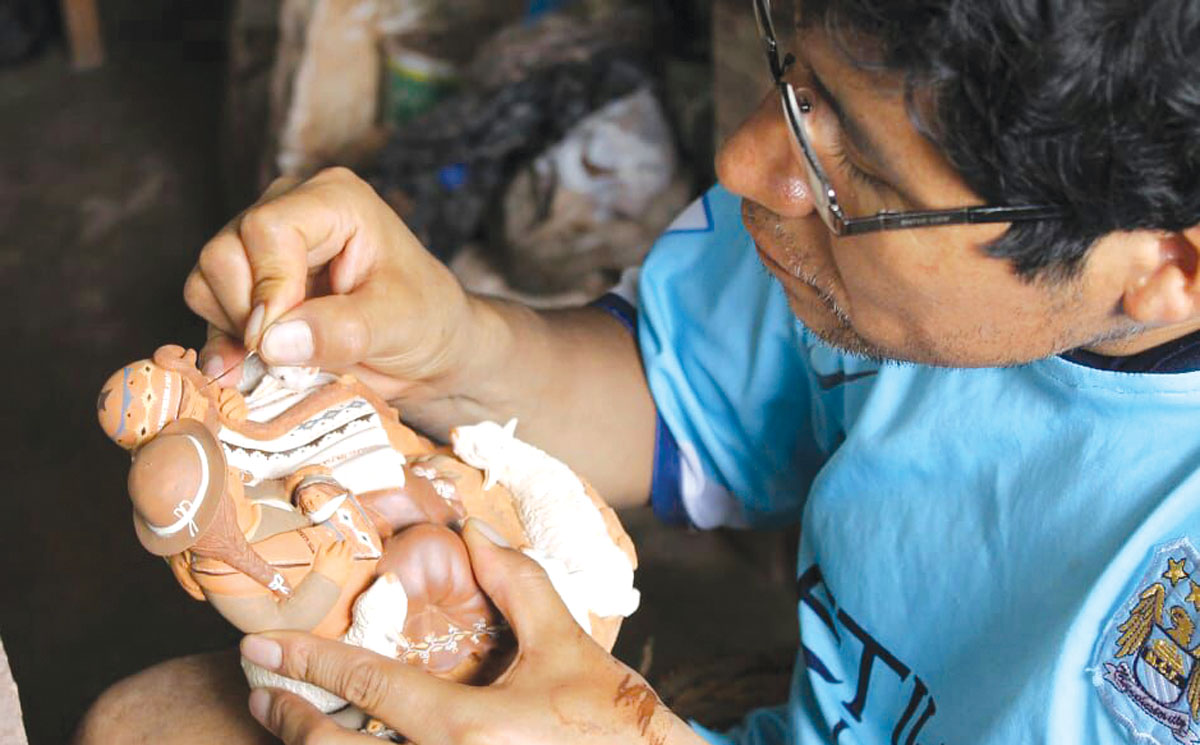 Richard learned the secrets of traditional ceramic making from his older brother in Ayucucho. When he was fifteen, his family moved to Lima where he continued to perfect his technique. Since 1995, Richard has been showcasing his art and gaining recognition by winning several folk art contests both nationally and internationally. In 2008, he won a first prize in a contest organized by the Vatican. His pieces are made in the traditional way using only natural clays for coloring. He enjoys creating original nativities and devotional pieces. 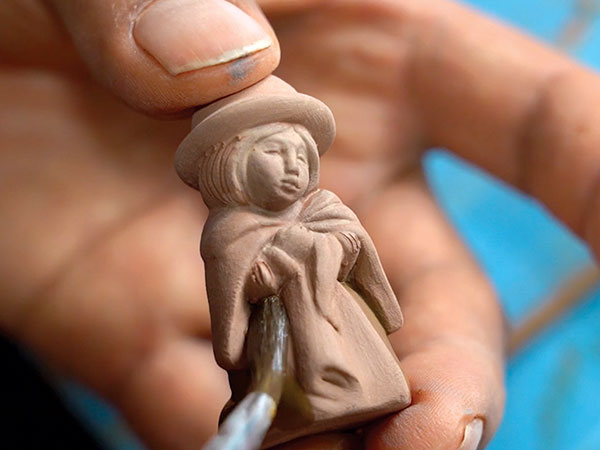