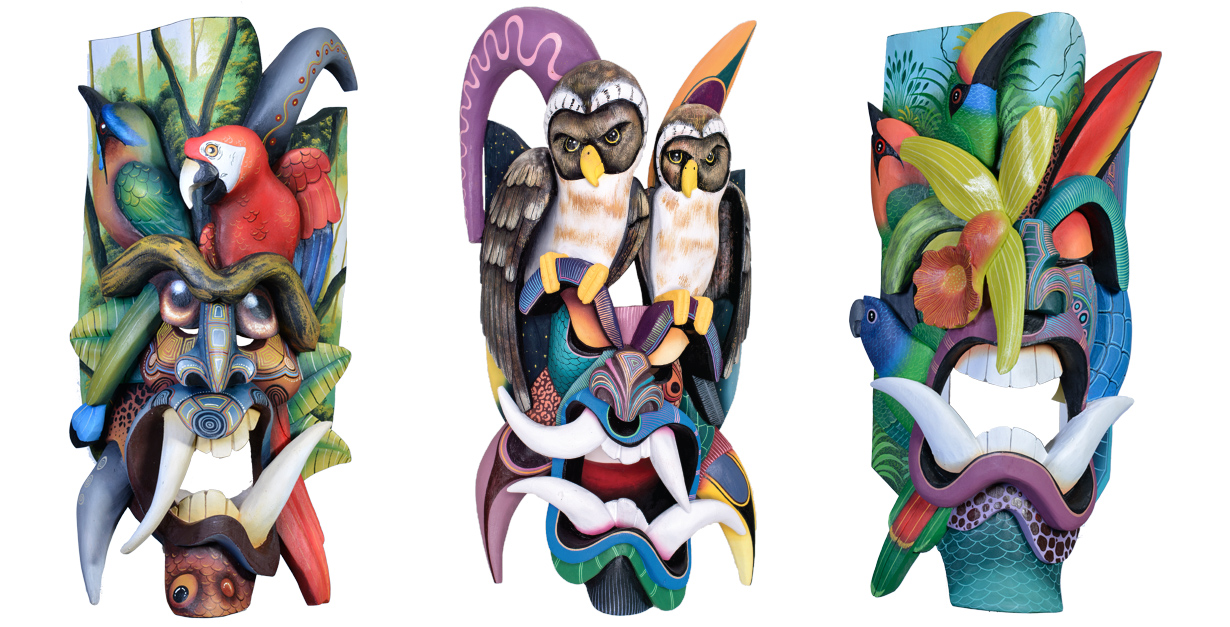 The Brunca people tell the story that during the Spanish conquest, their masks played an important role in keeping the invaders away from their village of Boruca in Costa Rica. Masks depicting animals or nature spirits were used to scare the Spanish, who then called the natives “diablitos” or little devils.

Even though their ancestors survived the initial conquest, missionaries soon arrived to impose a foreign religion and language, which nearly wiped out their own. Therefore, they share with most indigenous cultures of the Americas the deep wounds of 500 years of colonization and cultural repression.

Yet surprisingly, the Brunca people have been able to retain a strong tribal unity. Today the Borucans are one of eight surviving indigenous ethnic groups in Costa Rica, and the town of Boruca is part of one of Costa Rica’s 24 indigenous territories. The tribe has about 2,000 people. They help develop their cultural identity by remembering their resistance through the annual “Fiesta de los Diablitos” a 4 day celebration and re-enactment of the battle between their masked ancestors and the bull representing the invading Spanish.

Since the 1980s their mask making art has experienced a renaissance as the people of Boruca are re-discovering themselves and channeling their creative energy to reclaim their traditions.

Today their contemporary masks proclaim to the world that the Brunca culture is alive and no longer silenced. 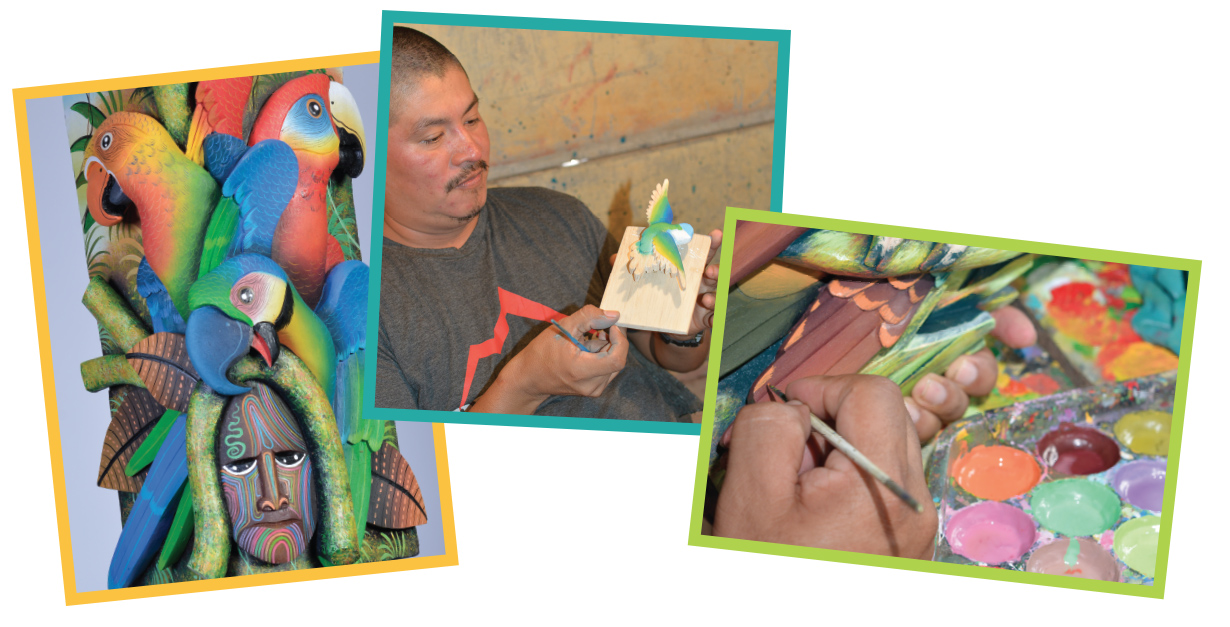