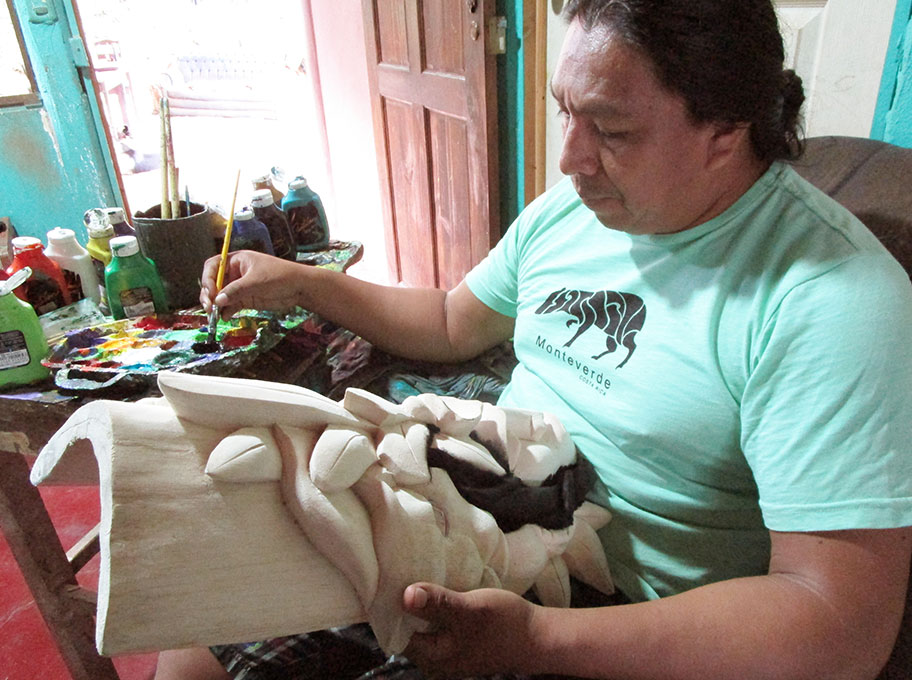 As an accomplished and recognized Borucan artist, Melvin likes to challenge himself. Over the past few years he has transitioned to painting more often on canvas than on balsa wood. He feels a special affinity for the jaguar and you’ll often see jaguars as central characters in his art.

Together with his brother Ismael, he learned the art of traditional mask-making at an early age from his late father, Don Ismael Gonzales, who is recognized as the founder of the modern mask movement. From his distinguished father, Melvin also inherited a deep love for his culture and feels a responsibility to keep their cultural heritage alive. He organizes and participates in ceremonial representations sharing the Borucan mythology and cosmovision around Costa Rica. 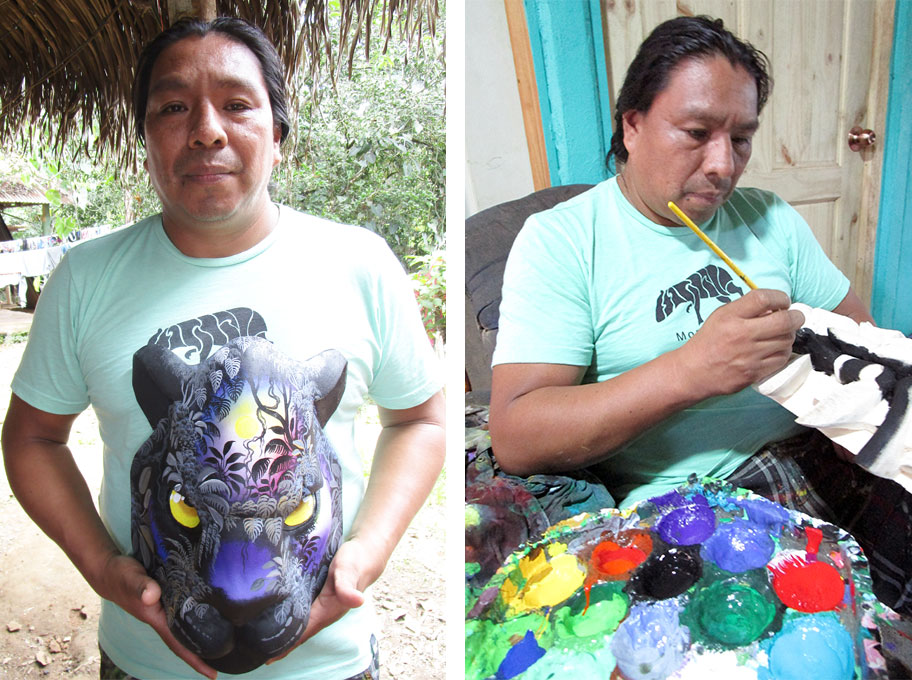